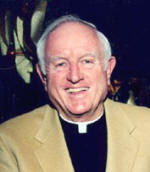 Father Joe Pat Breen came back to the Parish of St. Edward’s after all the recent attention from his video on the state of the church that sort of went viral. He received a warm welcome and ovation from the parishioners.

The bishop went to the hospital for heart surgery. I understand that he is doing well.

Meanwhile, there are not as many people viewing the video that caused such a stir especially with the neocats.

In many ways things are still the same. Father Breen is back in his parish. The bishop preserved some semblance of his authority. However, the many issues that Father Breen addressed remain.

It is likely only a matter of time until there is a new threat to Roman authoritarianism....

Here is a little local Nashville news. The linked video is one that Fr. Breen, a local pastor, put on his parish web site a few weeks ago. The bishop asked him to take it down from the parish web site which Fr. Breen did. In the meantime someone managed to capture the video and put it on YouTube where it is getting a number of views. The person who put it on YouTube also gave it the title “Holy Heretic, Batman.” This person also states that Fr. Breen “audaciously” calls for ordination of married men and the ordination of women.

I just want to say that Fr. Breen has been pastor at St. Edward’s in Nashville for many years now. Fr. Breen has more pastoral experience and sensitivity in his little finger than a whole gaggle of bishops. I watched the video with several priests recently. One just kept shaking his head and murmuring: “The man is speaking the truth.” The bishop, of course, lamented that Fr. Breen had to share his disappointment with the church in such a public way. I have lived in Nashville for a number of years now. I can only say that it is my experience that there are no forums in the diocese where any of these issues can be discussed.

So I return to a frequent question I ask these days. “What happens to a dream deferred?” Lanston Hughes. It seems to me what is happening in the church these days is that the dream is festering like a sore and oozing. One day it may explode. 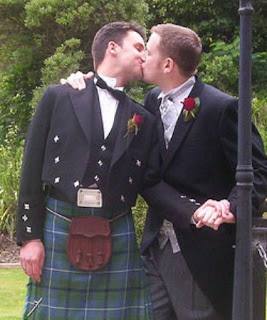 Folks like the American Family Association, Cardinal Mahony, and some of God's other friends are bitter because Judge Vaughn Walker ruled Proposition 8, which repealed the right to gay marriage in Californina, is unconstitutional. http://silly-rabbit.dailykos.com/They are upset because the judge left out God and the bible.

Rodger Mahoney, a spokesman for God, said that the judge left God out of the decision. “Those of us who supported Prop 8 and worked for its passage did so for one reason: We truly believe that Marriage was instituted by God for the specific purpose of carrying out God's plan for the world and human society. Period.”  This is exactly what the judge should have done, leave God out of the decision. There is, the last time I looked, the separation between church (God) and state in the Constitution of the United States.
http://www.catholicculture.org/news/headlines/index.cfm?storyid=7112

I will grant people like Rodger Mahony and the American Family Association the right to new trial, and it would have to be sort of mock trial whereby they are allowed to bring in all their bible quotes and religious experts to try and prove God is against homosexuality and gay marriage. Since it would be sort of a trial, there would be a whole side for the defense, with more biblical quotes and many more religious experts to counter the arguments of those opposed to gay marriage. I think it would be a spectacular trial. In the end, it would probably end with a hung jury or no verdict reached. Well, you could always appeal to God, that is to the God of your choice.
Posted by wild hair at 8:17 AM 3 comments: