The Bigots Can't Get It Right On The Irish Vote 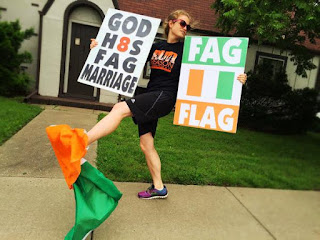 A link to Westboro's stupidity.

One more reflection on Cardinal Pietro Parolin’s comment on the “yes” vote in Ireland for marriage equality calling it a “defeat for humanity.” 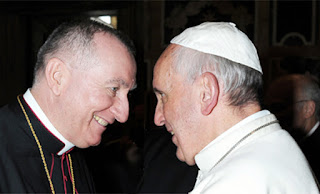 “I was deeply saddened by the result,” Cardinal Pietro Parolin, the Vatican’s secretary of state, said at a conference in Rome on Tuesday night. “The church must take account of this reality, but in the sense that it must strengthen its commitment to evangelisation. I think that you cannot just talk of a defeat for Christian principles, but of a defeat for humanity.” Guardian

This quote from Fintan O’Toole writing in the Irish Times about Ireland’s vote for marriage equality highlights a problem for clergy like Cardinal Parolin who said the Irish vote was a “defeat for humanity.” The cardinal’s comment shows a lack of grounding in reality and experience which is supposed to be the church’s starting point for reflection. Add to that the Roman Catholic Church’s long time aversion to begin any serious and meaningful discussion with gay and lesbian people indicates to me that Rome has isolated itself on this issue and lives in a vacuum. Archbishop Diarmuid Martin seems right to wonder if the church has lost young people. The size of the “yes” vote seems to me that the church may be losing more than just the young people.

From all the commentary I have read on the Irish vote, this is my favorite quote from the article by Fintan O’Toole.

“...Deep down, it’s a victory for halting, fretful speech. How? Because what actually changed Ireland over the last two decades is hundreds of thousands of painful, stammered conversations that began with the dreaded words ‘I have something to tell you…’ It’s all those moments of coming out around kitchen tables, tentative words punctuated by sobs and sighs, by cold silences and fearful hesitations. Those awkward, unhappy, often unfinished conversations are where the truths articulated so eloquently in the campaign were first uttered. And it was through them that gay men and lesbians became Us, our children, our families.”

Here is a link to the article, "Ireland has left 'tolerance' far behind, which appeared in the Monday, May 25th. edition of the Irish Times. It is worth reading.

Historic Day In Ireland...Riyadh Khalaf Interviews Some Of The Irish 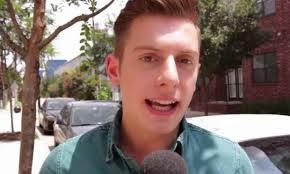 Here is a video of Riyadh's interviews of persons on the street. It is from the Guardian.

If you are interested here is a link to Riyadh's YouTube page.  Here
Posted by wild hair at 6:26 AM No comments: