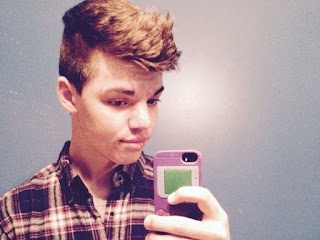 This is the one year anniversary of the death of Leelah Alcorn, the transgendered teen who committed suicide by walking in front of a truck on Interstate 71 near Cincinnati.

The front page story in the Cincinnati Enquirer today was about Leelah Alcorn.

Today's Remembrance Of Leelah Alcorn In The Cincinnati Enquirer

Last year when I first read about this, the story dragged me out of my ignorance concerning the transgender community. I am proud that the Enquirer reported and took up this story. I think I have learned much from the newspaper's reporting. I hope this newspaper continues to report on transgender issues.

Leelah did not want her death to be in vain. Recently the City of Cincinnati passed a law banning the use of reparative therapy partly in Leelah Alcorn's memory. The resolution was introduced in the Cincinnati City Council by Chris Seelbach, the council's first openly gay city council member.

There are days when I feel like the history of the City of Cincinnati would want to return to the days of the 19th. century. Today I am proud that the city's leading newspaper and a member of the city council are advancing a cause, I think, that respectfully tries to listen and reflect the experiences and thinking of the people, especially sexual minorities. 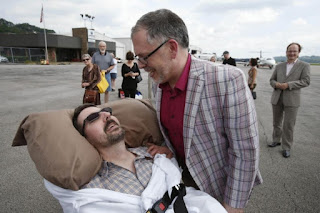 It seems that Time magazine is really not all informed on the news of the past year. Time magazine, a so called national magazine, trying so hard to keep up with current events...

Time  Nominates Kim Davis; James Obergefell is not even a nominee.

James Obergefell was seeking justice not notoriety. The Supreme Court decision that bears his name followed a few weeks after the vote of the Irish People to legalize same sex marriage. Ireland, my God, is a Roman Catholic country. For me that's news, that's history. I nominate James Obergefell as Time's Person of the Year!
Posted by wild hair at 7:14 PM No comments: