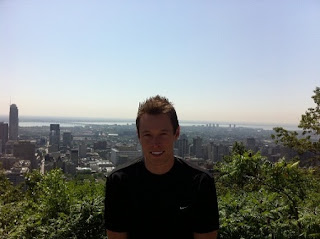 Davey goes to a gay church

Davey is doing a video on the topic that gay people are religious. It is even possible to go to the church service from his page. I am a little amused that Davey calls it a "hot Mass" if I heard correctly.

I keep Davey's site listed on my little blog because he comes out of the Roman Catholic tradition. He has a healthy sense of body and sexuality and Davey is articulate. At this time when the whole gay marriage debate is heating up in the US, I think it would be helpful to have a debate between an hierach like Cardinal Dolan and Davey Wavey.

Davey Wavey was obviously moved by his church going experience. It probably tapped into some wonderful memories. It's regrettable that the Roman Catholic Church has isolated itself from the religious experiences and lives of gay and lesbian people. I mean even as a social group gay and lesbian people don't exist as far as the church is concerned. It's probably one reason the roman church can never have a dialogue with gay and lesbian people. So if Cardinal Dolan plans to reach out to the evil secular world, maybe he could start by talking to Davey.

Somehow I think it would be headlined: Davey meets Tower of Babel.
Posted by wild hair at 5:05 PM 2 comments: