Hillary Clinton And The Jesuit/Ignatian Concept,Magis-The More The Better

Today there was a diary published on Daily Kos by Kascade Kat highlighting the Jesuit/Ignatian Concept of Magis - The More The Better. The diarist articulates his own faith as shaped by Magis and how Hillary closed her talk at the Al Smith Dinner by reminding her guests that Tim Kaine, a Catholic, was educated by Jesuits and how both of them have talked about Magis. I have embedded Hillary's talk from the other night at the Al Smith Dinner. You can watch the whole video. It is about 19 minutes long. Hillary begins the serious part of her remarks at 14:45 and talks about Magis in the closing minute and a half beginning about 17:40.

I have included a few quotes from Kascade Kat's diary here. The whole diary and the comments are worth the read.

"To fulfill the Magis, we need both charity and the pursuit of social justice to truly love our neighbor as ourselves."

"So when Clinton talks about reaching for the Magis within her campaign, when she uses the very word that defines this progressive Catholic’s own striving to live the Gospel, it’s clear to me that she respects the role my faith has played in making me who I am, and who I want to become."

Here is the link to Kascade Kat's diary.

The full video of Hillary Clinton's remarks at the Al Smith Dinner is below. I watched Hillary the other night. Perhaps it was the late hour, and I felt Hillary was good even though a few jokes fell flat. Today watching it once again, I am very impressed with Hillary Clinton and her faith. 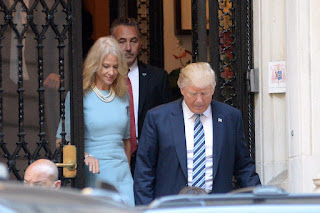 Not much here, but...follow the story. It's all about optics on both sides, Trump and Dolan. This campaign and the catholic church represented by Dolan are a mess.

Followup On You Got Trump Trouble...

This is a follow up on You Got Trump Trouble by Randy Rainbow.

Here's Rainbow's take on the 1st. debate. An Accurate Update On The First Debate By Randy Rainbow 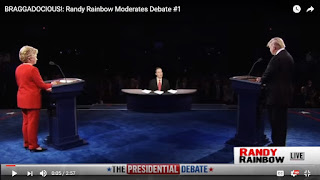