It's A Gay Day In Rome

There's the beatification of Paul VI. There has been speculation over the years that Paul VI"[suffered] from same-sex attraction." The words Cardinal Burke uses to describe same sex orientation. Then the mayor of Rome, Ignazio Marino, transcribed sixteen same-sex marriages into city hall registers today. These same-sex marriages had been celebrated in other countries. 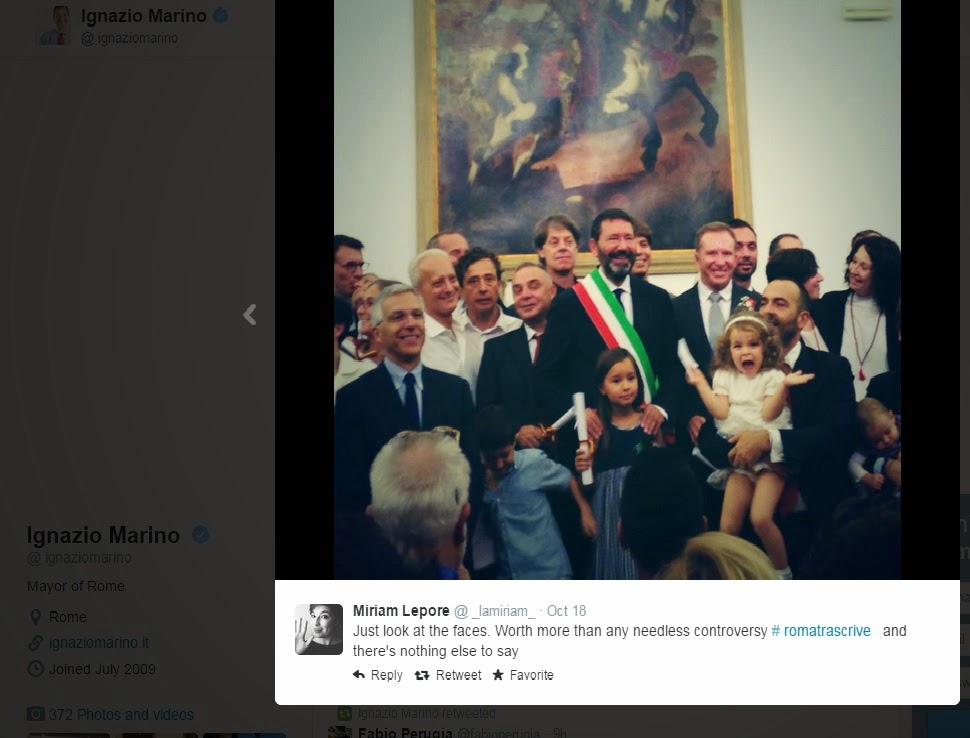 This extended family looks pretty happy to be with their gay relatives and right next to the Vatican, also. 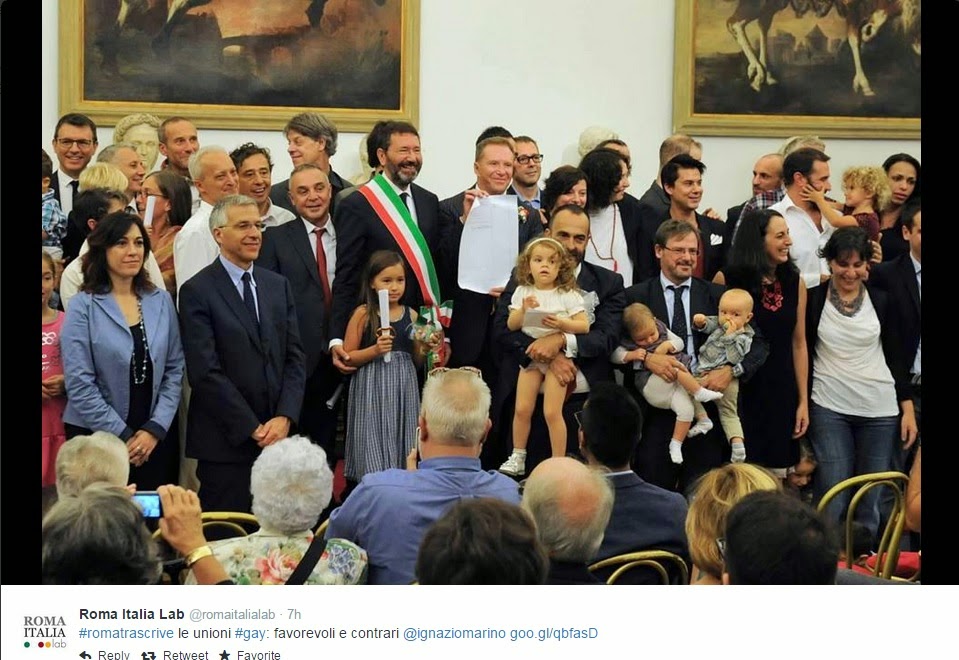 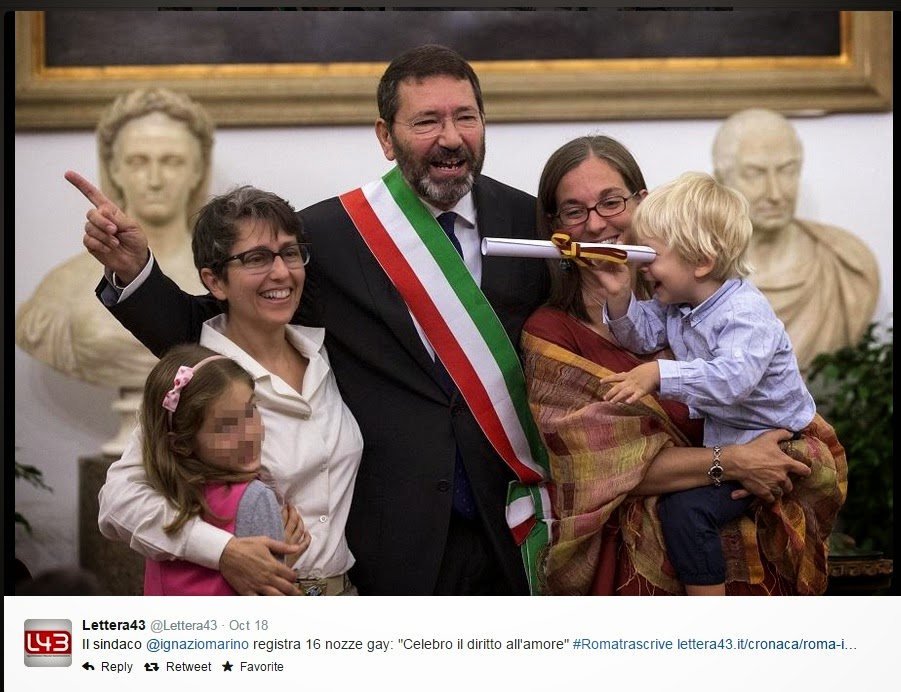 More of the Mayor of Rome's Actions Today


Additional Pictures From the Mayor Of Rome On Today's Same-Sex Wedding Celebration
Posted by wild hair at 12:21 PM No comments:

Cardinal Burke In A Tail Spin 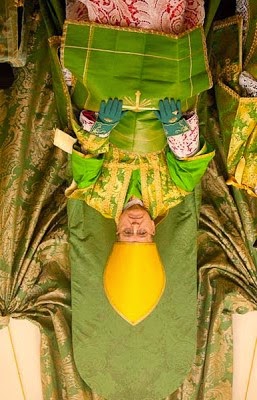 The news today has the Vatican backtracking on the positive statements about gay people and same sex relationships made yesterday in a working report from the Family Synod. CNN is saying this and quoting Cardinal Burke that the document has no foundation in scripture.

In a significant development from Friday, Pope Francis has added six progressives from four continents to work on the final document. This is after the conservatives elected several of their own to the same committee.

UPDATE...10/15/14: Cardinal Burke is an Aristotelian and Thomistic idiot. I think Aristotle and Thomas would at least begin with the real world and human experience. It also sounds like Burke has breathing difficulties. Burke just rattles on with, it seems no knowledge of experience or life.

At about 1:40 Burke talks about someone living a disordered relationship with another person. Then, it seems he only presumes that this relationship is centered and focused around acts that are evil and wrong. Can he say what he means? What acts? How does he know? That is about point 2:15. Then Burke, I think in total ignorance and with absolutely no knowledge of any persons in a same sex relationship, has the audacity to say the people in these relationships are unhappy. 2:35...How does he know? Has he talked to any gay or lesbian couples?

The people I know and have known in same sex relationships are very happy. My guess is they are not sex maniacs engaging in, what Burke calls, acts that are evil and wrong. I have to admire whoever wrote those lines in the relatio about the sacrifice in the lives of gay and lesbian couples.

Link to BuzzFeed Where It All Came Out...

A Pastoral Earthquake At The Synod by John Thavis

The following is an article I noticed this morning at Abuse Tracker. I decided to post the link here.

Here is only one sentence from the document. The tone is at least pastoral. It is about time.

"Homosexuals have gifts and qualities to offer to the Christian community. Are we capable of welcoming these people, guaranteeing to them a fraternal space in our communities? Often they wish to encounter a church that offers them a welcoming home. Are our communities capable of providing that, accepting and valuing their sexual orientation, without compromising Catholic doctrine on the family and matrimony."

Now what was Cardinal Burke saying the other day about keeping gay couples away from their families and others?
Posted by wild hair at 7:19 AM No comments: