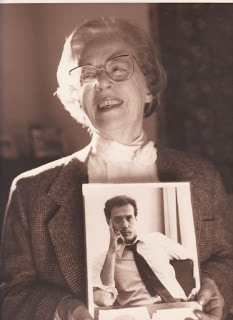 Today this diary titled If Bishops Loved As Mothers Do by Dutz Fredley appeared in the Community Spotlight section of Daily Kos.

This seems as good as any response to those wondering whiter the Catholic Church or at least whither the bishops in the USCCB are going in this new moment of gay liberation.

"And so when a religious leader says in reference to gay people as New York's Cardinal Dolan did recently on television, 'I love you, too' it's hard to know what he means. In the context of his Church's teaching and actions that cause real pain and damage to gay people, that statement sounds grotesque. In this context, Holy Mother Church is a mean mother."

Dutz's conclusion is that the bishops really do not know how to love and until the bishops learn to love as a mother or a parent of a gay or lesbian child; the Roman Cahtolic Church, at least its leadership, will only appear as a mean mother.

Dutz continues: "But it makes you wonder. Are any of the bishops close to someone who is gay? Do they love a gay woman or man as a friend? Could they look such a person in the eyes and say, 'I love you.' But it is sinful for you to show your love to someone with your full humanity, to express it sexually with tenderness and affection?

And this is the essential fault in the Church's teaching about homosexuality: It is heartless and inhuman. And now many people, including many Catholics, know and understand this."

Here is the link to the entire diary
Posted by wild hair at 2:18 PM No comments: 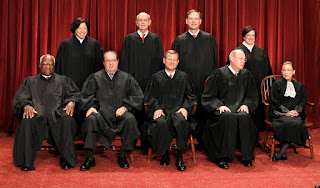 I was in a real parish this past weekend. I actually presided at three Masses. I was the supply priest since the pastor was on vacation. There was a big part of me that did not want to go.

This is the weekend that begins the bishops’ fortnight of rage. I did not know how I would react if there was a bulletin insert. Should I get a stack of bulletins and rip the things out? Should I announce at the time for the homily that I believe in gay marriage and was self excommunicating myself and walk out, leaving all these folks with their obligation unfulfilled?  Well there was no bulletin insert. There was a letter from the local bishop decrying how Catholic religious freedom was being denied by the Health and Human Services Mandate. I read the bishop’s letter. Most of the focus was on the fact the bishops could not enforce their morality on others if they were getting federal money. The protest was: “It’s against our conscience”. Well, don’t take the money.

This raised a few questions for me. Many of the formerly Catholic hospitals in my area have merged with other hospitals, not Catholic even secular. They still bear the Catholic name in most instances. One question would be: “Aren't your sacred moral imperatives already compromised?”

The argument of the bishops goes on that their morals will compromised if their “catholic” adoption agencies are forced to place children with gay couples or cohabiting couples. I noticed that the bishops link gay couples with couples that seem like they are living in sin. Sinister bishops!

I have no problem with the Catholic Church if it needs to turn down federal money for their agencies if their moral ideals are offended. They can even close those adoption services. If the church wants to keep them open and preserve their faith ideals, let them do it with their own money. This is America not some Roman Catholic Fiefdom.

There was something that did impress me this weekend. It is the resiliency of the Catholic people. I observed lots of things today. I saw devotion. I saw it in the old people and the young people. There was a healthy vibrancy. Yet I knew I was sitting with a parish community like most other Catholic communities that have had to have seen and perhaps even been involved in the sexual abuse crisis. Now they are suffering through the clergy shortage crisis. I suspect this parish while resilient in many ways has been decimated.

Over the weekend I grew to like this place. I did not throw any kind of tantrum. When we prayed for married couples, I prayed quietly for the some of the gay married couples I know. I trust that the even the all powerful bishops can’t block sincere prayers. I was able to share something of myself over the weekend; and while I might be presumptuous, I like to think these folks, if they really knew more about me would not throw me out or deny my religious freedom.
Posted by wild hair at 5:28 PM 2 comments:

My Fathers' Day Gift To Myself 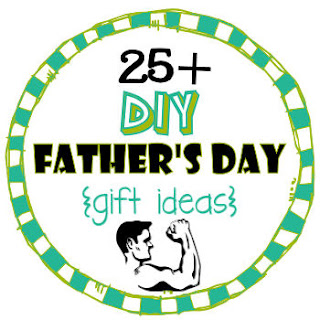 Thanks to Bill Lindsey's blog Bilgrimage I was put on to this story today by New York Times opinion writer Frank Bruni.

It always takes me awhile to get up to speed. I guess I have been reading Frank Bruni's writing in the New York Times for a good while and ignorant of the fact that he is a gay man.

Because of his informative and timely piece today in the New York Times, I am adding Frank Bruni's blog to the blogs I follow.

I have some thoughts on why the Catholic Church is so violently opposed to gay marriage. The one that has been on my mind lately is that if gay marriage continues to be accepted by society, it will completely undermine and demolish the present sexual theology the church has advanced for years. That is, it is still grievously (mortal) sinful for any sexual thoughts to be entertained, or actions committed by even straight folks unless you are married. Dolan's model is two gay men can be friends, but no amorous looks, thoughts, or feelings. I guess for Dolan two gay guys could go watch the New York Yankees play baseball and maybe sit together. I like Sister Jeannine Gramick's characterization of this as: "It's like saying, 'You're a bird, but you can't fly.'"

There are other older reasons the Catholic Church has spoken so hatefully about guy people. I would refer anyone interested to look into Mark Jordan's work and one theory he advances. Jordan takes that piece "that the lady protests too much" and argues rather forcefully that the Catholic Church's real macho stand against anything gay was to mask and distract anyone from looking too closely at the Roman Catholic Priesthood. Bruni in today's column picks that argument up citing Rev. James Martin of America magazine estimating that his estimate of the population of gay priests is about thirty percent.

In my opinion, if Pope Francis wants to address the issues of the Vatican Gay Lobby, whatever that is; he could begin by taking steps to update the Roman Catholic Church's theology of sex and marriage.