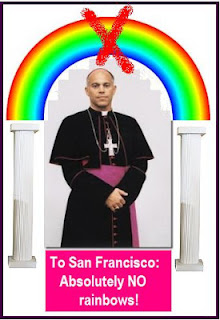 A new pastor for the archdiocese of San Francisco?  It's more like a political appointment in this US election year.

Fortnight of Freedom... Hey bishops Listen To This! 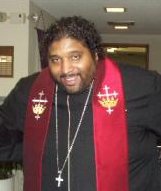 
Now this is a message of freedom I can support. It is worth the fifteen minutes it takes to watch. This is the address of Rev. Dr. William Barber II to the NAACP yesterday, July 11th. He spoke after Romney. Rev. Dr. Barber is a preacher who can preach it. I was waving my hands at the end, too.

A Personal Rant on the "new" Roman Missal 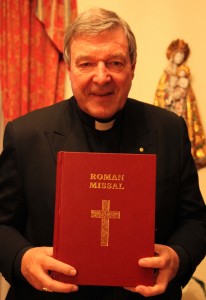 Cardinal Pell and the new missal
I have been looking for places and things to do to protest the new RC Missal. Last weekend I presided at two public RC liturgies. I tried to adhere to the new book. I think it is cumbersome and violates the norms the Second Vatican Council set down for the use of vernacular languages. The new lectionary reads like nothing I have ever spoken.

My host pastor asked me what I thought of the new missal. Since I was in somewhat new territory, I tried to be careful.  I said I did not like it. He then offered some examples that made me think I was in friendly territory.

The Vatican under Benedict seems to be in disarray. If the new missal is supposed to be part of Benedict’s legacy, then I think the Benedict will not be remembered as great.

I listened to the talks with Cardinal Pell who shepherded the "new" missal to completion. I listened as Benedict praised Pell for his efforts in binging about the "new" missal. Benedict and Pell were stroking one another and were removed from reality. They where talking to one another. The were not talking to me.  A good priest friend of mine tried to tell me that the whole "new" missal was insignificant. He would go on his way and do pastorally what would give him life. In the meantime I am stuck with a really crappy translation of the Mass.

I would still like to find ways to protest what Benedict has wrought. Suggestions!
Posted by wild hair at 4:05 PM 5 comments: